Meet Pedro.
Mexican artist Pedro Reyes has literally melted down more than a thousand guns to shape shovels that, in turn, will be used to plant trees.

He collected 1,527 guns, melted them and realised just as many shovels to plant trees. This is one of the works of Pedro Reyes, the Mexican artist who wanted to shine a light on the problem of weapons in Mexico. 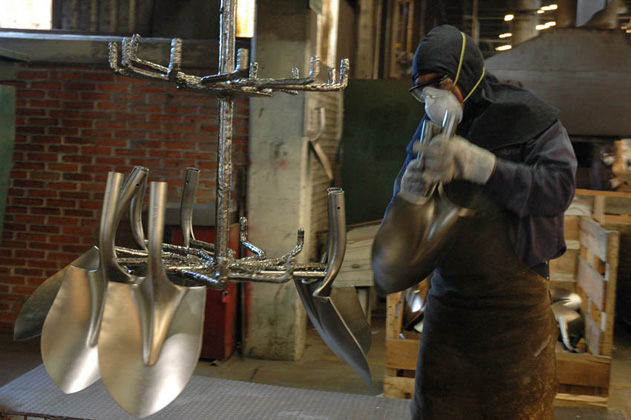 The shovels created from melted guns

The increasing number of deaths linked to gun violence, mostly in the United States, triggers an ongoing debate. The US, for instance, remains the country with the highest amount of gun deaths (according to data).

Shovels instead of guns

The project, named Palas por Pistolas (Shovels for Weapons) and launched in 2008, has been carried out in Culiacán, one of Western Mexico’s cities with the highest rate of gun deaths. Here, a compelling media campaign encouraged people to voluntarily donate their firearms in exchange for coupons to purchase appliances and electronic devices.

Thanks to this campaign, the artist collected more than a thousand firearms, many of which were automatic and came from the army. He squashed them with a road roller and brought them to a foundry, where have been turned into shovels. “My work aims to show how death can be turned into life”.

Many shovels have been handed over to schools and artistic institutions, where have been used by students and adults to plant trees. Shovels have been displayed in many exhibitions, from Paris to Vancouver, San Francisco and Denver. And there’s more. The artist used firearms seized by the government to realise musical instruments because as he said “music is the exact opposite of weapons”.